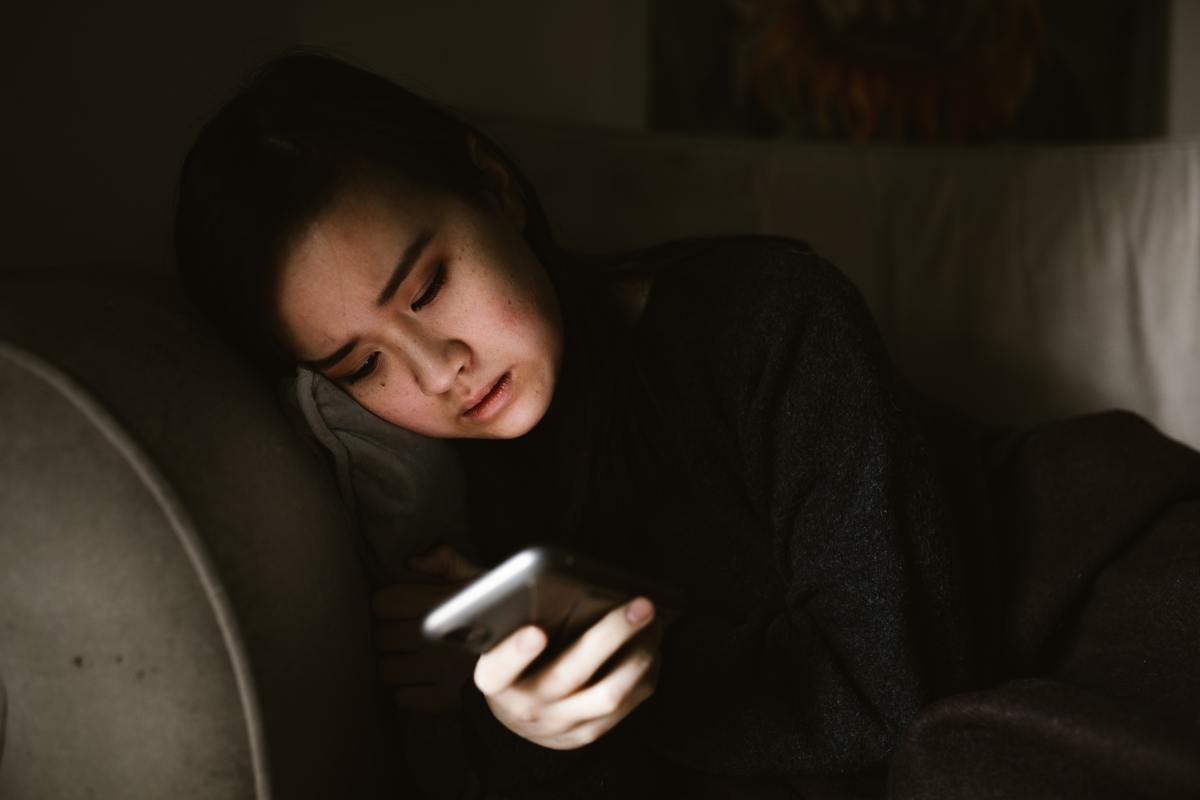 You may think you are in love until it is too late.

Sooooooooo I dated a narcissist.

I never knew the true definition of a narcissist until a few years later. I wish I knew this earlier, it would have saved me a lot of tears. Narcissists appear normal, just like you and I. A charming personality, oozing with perfection, and then the road becomes dark and painful.

It started with love bombing. He said all sorts of sweet things to pull me in. I fell head over heels in love with him. He acted like a true gentleman, owned and dined me. He bought me roses. It was the typical thing you would expect from someone when you are in a relationship. I felt like I had found the one. He wanted to get married, have kids, build a life. He said the right words tugged on the strings of my heart the way he felt would pull me in. Looking back, I realized I meant nothing. I was discarded like used toilet paper. I was not even sure he was the same person.

He was insecure. It was the first thing I noticed about him. He always needed validation from me. Initially, I thought seeking validation was just to be on the same page with me when it came to making decisions. It was because he didn’t feel like he could make good decisions. He hid behind the shadow of my wisdom. He also became clingy. He always wanted to control who I spent time with and talked to. He would threaten to stop talking to me if I did not adhere to his requests. I found it doubly odd. He was the kind that could end long-term friendships because of his needs. He was selfish.

The discard stage hurt. We had no quarrels or anything. He stopped talking to me. In the attempt to find out why, he said there was nothing wrong, and he wanted to move on.

It was funny that after the first few days of breaking up, he checked on me to see how I was doing. I genuinely thought he felt remorse, but it was not that. He wanted to absolve himself of guilt by acting like he cared, and also making sure I was not angry. We remained friends, but I learned valid lessons along the way.

When you find yourself in a toxic relationship like this, it is not easy to walk away, but please do. It is for your sanity. Physical abuse is bad. Emotional abuse is deadly.

Walk away because you are worth more, you have family and friends that love you. There are beautiful people who want to come into your life and bring out the best in you. Do not deprive yourself of that opportunity by being with a narcissist.

In the long run, it takes a while to dissociate from this bond. Get the support of your friends and family, and definitely a therapist.

The life of a side chic is not complicated. It's fun

Charles pulled up into my driveway and put the transmission in park.

He looked at me and gave a smile. It was the kind he had after a long and fun time with me.
I had spent the day with him. He wanted us to have a special Saturday together. It started with brunch at The Tropicana, a nice upscale restaurant downtown. I always dreamed of going to eat there, but my salary made it way above my budget.

A co worker celebrated her birthday there last month. I had to get a rain check, because I wasn’t trying to check my account balance after one or more drinks. I checked the menu online, and there were a few drinks I was dying to try.

My coworkers were excessive when it came to spending. I had plans to buy a house in the next eighteen months. I had to be frugal with my spending. The reviews of the place made it sound like a bucket list for the average mind.
As soon as I suggested The Tropicana for brunch, he agreed.

Charles was happy.
I was impressed, the ambience, the service, the food was five star. The waitresses were patient and polite. The one who served us had moved from Colombia. She was exotic. I couldn’t help but stare at her. She had a beautiful smile and captivating mannerisms. I was served the best Bottomless mimosas I had ever tasted. I ordered Eggs Benedict. It was perfect. I could not help but gush over how delicious it was at the table.
Charles was happy that I was satisfied.

We ended up at the spa. Saint Stella was a small spa that only catered to a certain clientele. The one percent. Charles booked a three hour pass. It was an experience for me. We got a full body rejuvenation, which lasted an hour. Spa treatment, and the sauna. It was the best part for me.
I took a relaxing nap at the hotel afterwards. Next thing to do was shop. We were at the Plaza and went to high end stores. I had just copped a new Louis Vuitton purse and a matching wallet. We also went to shop for new clothes for me. He ended up spending over a thousand bucks at the dress store.
We had dinner outdoors in a winery. The food was delicious. Brown rice and well done steak. I was ready to call it a night.

“Thanks for such a fun day,” I said as I looked into his eyes.

“Maybe the weekend after this,”

“Why so long, that is in fourteen days?”

“The housewarming is next weekend.”

“Oh yeah,” I said and nodded thoughtfully. He told me he bought a five bedroom home in Park Estate, a gated community for the wealthy folk. “How are the preparations for that coming along?”

“My wife is taking care of it, she hired a renowned planner to take care of the event. My job is to make payments,” he said with a smile.

“I want to attend the event,” I told him.

His eyes popped. Was he going to decline my suggestion?

“It won't be a good idea Mandy,” he said uncomfortably.

“You know we already have a relationship, I don't take my private business to my house.”

I gave him the side eye. What did he mean by private business? I almost chuckled.

“So what is wrong with inviting a friend to your house warming?” I asked assertively.

He gave a frown as the lines on his forehead wrinkled.

“Are you my friend?”

I threw my head back and gave a hearty laugh. He chuckled.

“Don’t be like that, of course I am your friend.” I replied.

“Real talk Amanda, it is not a good idea. Give me time to think about it,” he said.

“Never mind, I guess I don’t belong to your class of people to be invited to a house warming. It’s not like your wife knows who I am anyway.” I told him as I rolled my eyes.

“See, that is the problem. She doesn't know you. I don't want her asking any questions or snooping around to find out who you are.” He replied.

Uber dropped me in front of the new home. It was next to a lake. The view was breathtaking. There were cars lined all the way down the street. Four cars were parked in the driveway to make room for other cars. It was a black tie event. I wore a red, halter neck dress. One of the beautiful gowns I bought when I went shopping with Charles. My hair was swept up into a bun. Emilia from Sephora did my make up. My cheekbones were highlighted, my eye shadow, my entire make up was a transformation. I hoped Charles would recognize me when he saw me.

There was a butler at the front door who handed me a glass of champagne as I walked towards him. The door was open, and I slowly waltzed in, assessing my environment. It was a beautiful house, the expensive chandeliers hung from the high ceiling, which seemed about twenty feet. Everything was beautiful. Men and women stood in corners chatting away. There was a buzz of excitement in the room.

Charles stood beside his wife by the huge siding door, talking to a couple. He made eye contact with me. I smiled. He winked at me and kept talking to the couple. I decided to find something to do by blending into the crowd. Three ladies dressed in teal dresses of different styles stood in a corner talking. As soon as one made eye contact with me, they focused their attention on me. I walked away briskly. The guests were wealthy men and women in their fifties. Some seemed to be family members, others were friends and colleagues.

Charles came up to me a few minutes later. I was standing by the huge dining room having a conversation with an attractive British man, Thomas, who was standing by my side. Men and other jealousy. It took me standing with another man to get Charles’s attention. He came scurrying over as if he would lose his job if he didn't attend to me.

“Hey Amanda, welcome to my home.” he said. He acknowledged the man standing beside me.

“Thank you, beautiful home you have here.” I responded.

“Thank you, you look amazing,” he said, checking me out.

That was the point. I had to look dashing enough to land more phone numbers and also give his wife a run for her money.

“Dinner will start in a bit, it is an outdoor dinner, so please get seated as soon as possible.”

He smiled at me and walked away.

The backyard was set up with elegant looking chairs and tables. There were heated lamps to keep the guests warm, as the evening seemed a little chilly. I immediately found a table and sat in one of the chairs. Thomas, my British friend, joined me shortly. He was handsome. The guests slowly walked to find seats. As soon as Charles and his wife were seated, the servers began to bring the trays with the dinner. It was a three course meal. Charles gave me an occasional glance. I tried not to look in his direction. Thomas was attractive. Two ladies joined our table. They acknowledged us and carried on with their conversation. Thomas told me he worked with Charle’s wife. She was an attorney. I told Thomas that Charles was a client. I prayed my small lie won't back fire. These little lies had a way of coming back around to bite one in the butt.

It was such a brilliant evening, a live band played while we ate dinner. People gave congratulatory speeches. Then we danced. The dancing competition broke the ice. I had a great time. I went back to sit down, because my feet hurt from doing the ‘running man’ in heels. Charles’s wife walked up to me. My heart skipped a beat. I needed to be as calm as possible. I looked around for Charles to come save me from this situation, but he was nowhere in sight.

“Hey honey,” she said as she walked towards me.

“Good evening,” I said as I sat straight in my chair.

“You are such a beautiful woman,” she said, checking me out.

“Thank you,” I nervously responded.

“Can I get your number? I think I like you.”